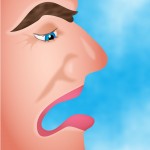 Anger can make you ill

Healing anger with EFT -Matrix Reimprinting could save your health and your life.  And be a blessing to those family and friends so often on the receiving end of uncontrolled anger.

The damage anger does to your body and immune system as proven by scientific evidence revealed in a recent article  by Pat Hagan in the UK Daily Mail made me wonder how many thousands of people could benefit from knowing  how healing anger with EFT tapping could do them so much good as it lessened all the dangers and long-term health risks of anger.

Shrinking lungs, a haywire heart, your immune system shutting down...these are just some of the results of unchecked anger.

Whether you have a short fuse and spew out angry outbursts like a volcano or bottle it up inside, the results are seriously damaging, according to The Daily Mail.

Scientific evidence suggests frequent angry outbursts may increase the long-term risk of everything from heart attacks and strokes to poor healing and a weakened immune system.

Researchers at the University of Granada in Spain found ‘looking back in anger’ at past mistakes could make us less able to withstand pain. One possible explanation is that negative moods disrupt the circuitry of the brain.

When we lose our temper, our heart rate increases, blood pressure rises and blood flow to the muscles is increased as part of the ‘fight or flight’ response that prepares us to either engage in combat or flee. At the same time, glucose levels rise to give muscles the energy they need for action and the adrenal glands pump out more of the hormone adrenaline.

‘Their heart beats faster, their vision becomes sharper and their hearing becomes quite acute.’

Anger is a natural response to certain threatening situations but if you are like a simmering pressure cooker, continuously fuming and fulminating, such rage and hostility will seriously damage your heart and your health. Plus cause fear, anxiety and health problems in those you attack verbally and physically.

One approach that can pay off massively is healing anger with EFT-Matrix Reimprinting.

I can highly recommend this EFT Tapping script from the website of Rod Sherwin an Energy Therapist in Melbourne Australia:

First you need to start with how you feel in yourself about the anger. Start and continue tapping on the EFT tapping points while saying the phrases:

Continue to tap for a few rounds to cover everything you feel and say about and to yourself about how you behaved.

I speak from personal experience. For many years I had a reputation for anger outbursts especially when I was under stress or felt justified in letting people “have it”. What I discovered after many years of searching to live a more peaceful, loving , joyous life was that I had bottled up inside me feelings of rage and helplessness going back to my childhood home where my alcoholic father had made our evenings a misery by his drinking and ranting at my mother.

On the one hand I had learned his behaviour as a coping mechanism in times of stress.  On the other hand, I had been “traumatised” by the ongoing situation which went on throughout my childhood and teen years.  What I discovered with emotional healing techniques like EFT, Matrix Reimprinting and The Journey was that these buried traumas ran continously in my unconscious, causing me to have difficult relationships with men and in life.

The good news is that when I could go back in time and release my inner child (or ECHO as we say in Matrix Reimprinting) from her pain and helplessness, and actually lessen the intensity of the painful memories, the anger disappeared forever.

I came to a place of truly forgiving both my mother and father and was no longer plagued by the traumatic memories of those years.  Most important I released anger and fear of men and today enjoy a wonderful loving harmonious relationship with my husband – who I met and married since healing my anger with EFT-Matrix Reimprinting.

Do you “bottle up” your Anger?

According to The Daily Mail article this is even MORE  damaging to your health.

Swedish scientists looked at 2,755 male employees in Stockholm and found those who did not openly express their anger if they were unfairly treated at work doubled their risk of a heart attack.

The men were asked if they dealt with things head-on or let things pass without saying anything.

Those who walked away from conflict without saying anything had double the risk of a heart attack compared to men who challenged authority.
Researchers blamed repeated increases in blood pressure which eventually damaged the cardiovascular system.

As Julian Halcox, professor of cardiology at Cardiff University explains: ‘The evidence is inconclusive, but some studies suggest prolonged anger and hostility increases stress on the cardio-vascular system.

‘It’s good to get things off your chest, and we’re not talking about people who just get angry from time to time.

‘It’s more those for whom anger is a personality trait.’

It’s not just the heart that’s affected by how we express our anger. Scientists at the University of Miami studied 61 men with localised prostate cancer — a tumour that hasn’t spread — to see if the body’s cancer-fighting cells were affected by whether men suppressed or released their anger.

They used a scoring system to assess each patient for anger suppression and then took a sample of blood to measure the cytotoxicity — or strength — of their natural killer cells.

These are white blood cells which attack tumours. They found men who voiced their feelings had more potent killer cells, probably because they had lower stress hormone levels.

So healing anger with EFT-Matrix Reimprinting can save your health -and your life.  Let me know if you have issues with anger and how you have tried to heal it.

How about channelling that anger – see this video by Margaret Lynch which elaborates on using Anger for boosting the Law of Attraction and Abundance.