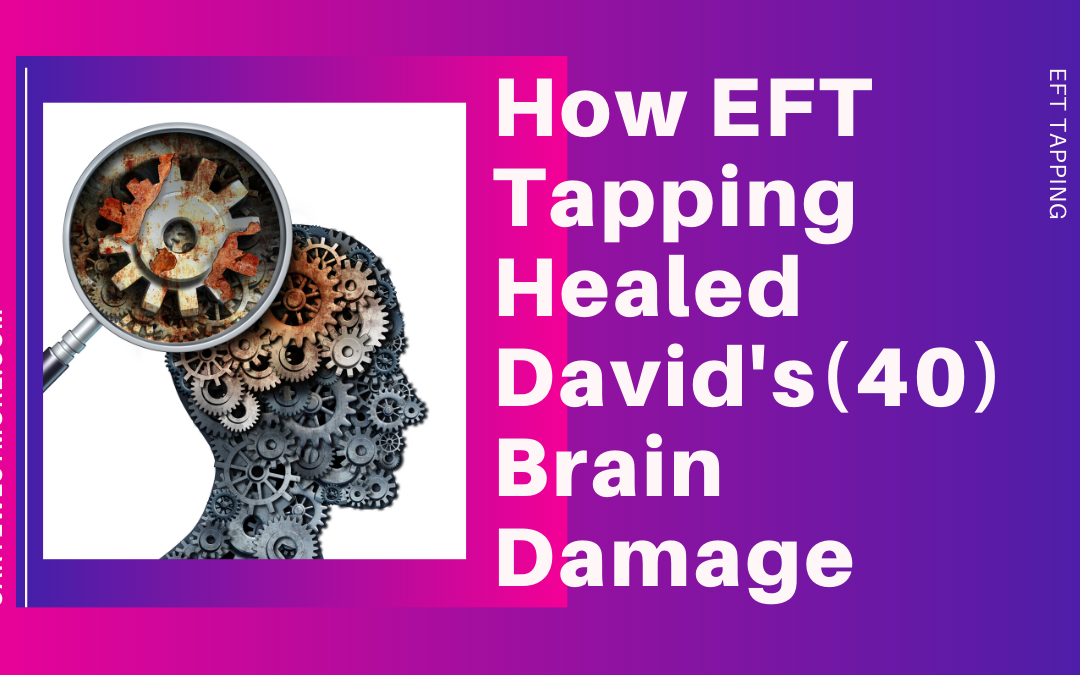 …during a routine op to have a bump removed from his nose and the result was like a mini-stroke – he had to learn to walk and talk again.

By the time I met David (not his real name) many years later he told me he had made great healing progress – but one huge challenge remained – he still suffered from what he called Obsessive Compulsion where he lost track of time – he’d start brushing his teeth and hours later was still brushing.

A former CEO of a listed company, he had felt alienated from society and any chance of work by his ongoing issue.

He had heard me on the radio talking about healing emotionally and physically with The Journey (see below) and booked a session.

But he was 2 hours late.

At the time, 2002, I was the representative of The Journey and Brandon Bays in South Africa – and the go-to spiritual energy coach and promoter for healing mind, body, and spirit with The Journey.

The Journey is an inner-directed process, comprising NLP and hypnotherapy and the Campfire of Forgiveness (a powerful tool I still use in my work with EFT-Matrix Reimprinting).

Brandon Bays created it in response to healing her own football-size tumor (as described in her book The Journey) and today it is a therapy popular with thousands, maybe millions around the world.

He trusted my reputation and we went ahead.

Little did I know the one-hour of tapping would change HIS life forever – and mine as a coach.

Because after his miraculous recovery from the last signs of his former brain damage, I was convinced I had been Divinely guided to develop EFT Tapping as my main modality and have been committed to it for the past 20 years to help my clients to BREAK FREE.

This is why I am an affiliate for the 12th Tapping World Summit and highly recommend the free lectures and inspired interviews that will be happening from February 24th, 2020. Find out more here… 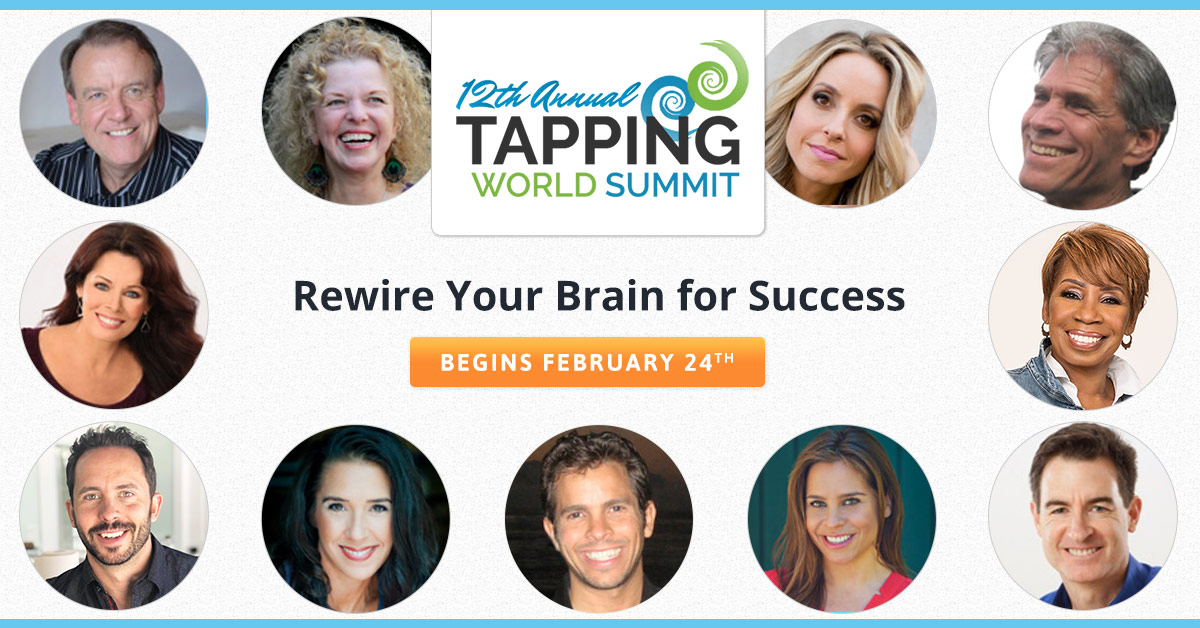 BACK TO DAVID’S STORY

Here is a detailed EXCERPT from the 2nd edition of my book You Can Break-Free Fast, due for re-release February 30, 2020 – together with an all-new free Bonus Book explaining the advanced tool of Matrix Reimprinting using EFT Tapping and how it can power-boost your results with the Law of Attraction.

David (40) was the former director of a listed company and a business consultant by profession. He contacted me soon after I qualified as an EFT Practitioner. Because I was already well- known for my work as a therapist of The Journey, he booked a three-hour Journey session with me.

However, on the morning of our appointment, he failed to arrive on time. In fact, he was two hours late!

When he finally arrived, I was most concerned about my busy schedule and explained that as we only had an hour left of our appointment time, would he mind if we did something called EFT involving “tapping” instead?

“Sure,” he replied. “The reason I am so late is part of why I am here; it takes me several hours to get up and prepare myself for the day. Sometimes it’s after 5pm before I can get going. This is a result of something that happened to me nearly 10 years ago during a medical operation when I was given a huge overdose of anaesthetic, experienced cardiac arrest, and as a result my brain was deprived of oxygen for several minutes. In other words, I legally ‘died’. When I came out of the coma it was as if I had had a stroke.

“Over time I regained my speech and ability to walk but most of the higher mental functions only recovered very slowly. Also, it remains impractical for me to work as I still suffer badly from Obsessive Compulsive disorder which renders me essentially a prisoner in my own apartment. I have an inability to track time: I start brushing my teeth and an hour goes by before I realize it.”

For many people the greatest fear in life is death or dying. But this was not true for David.

“Technically I already died,” he said. “No, my biggest fear is that one day I might end up like a vegetable in a wheelchair.”

He described how he loved to play and coach soccer and also wanted to return to his successful career as a business coach and consultant.

As he continued with his story, I showed him how to do EFT – so he could tap and talk simultaneously.

I took David through his session using the same three-step formula that later crystallized into my Break-Free Fast Formula.

This is not a question requiring an answer from the “thinking mind” – it opens the way during a Tapping session for the frozen or split off parts of the inner child, buried in the unconscious, to reveal his or herself.

A good way help your client to tune fully into their issue is to ask “where in your body are you feeling this?” and, “If this feeling had a shape, color or texture, what might it be? 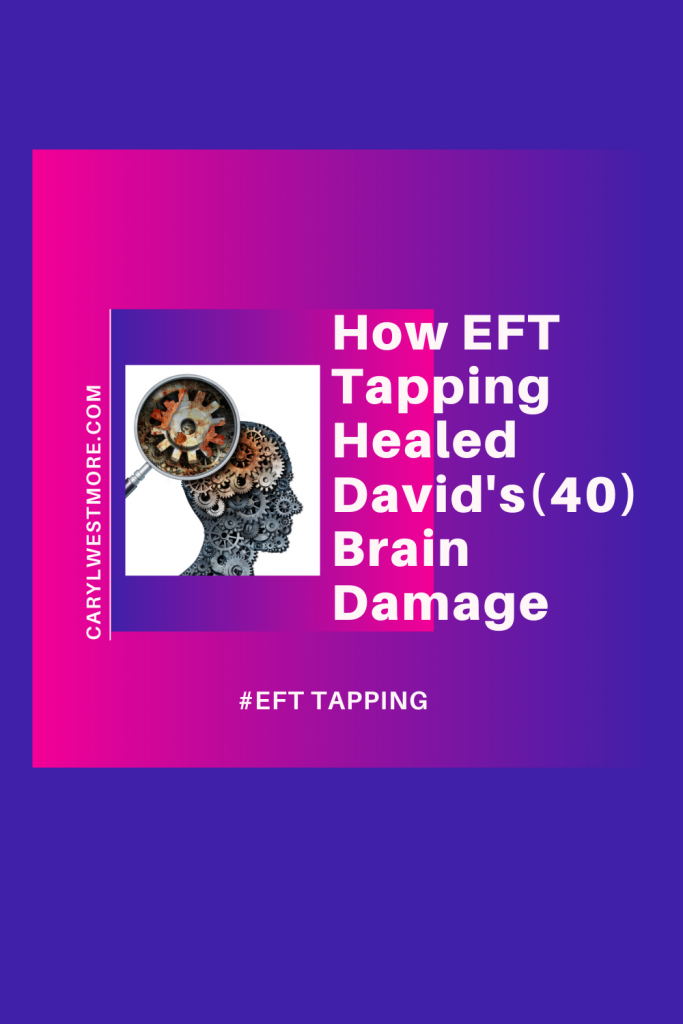 “Whenever I pull myself up on my feet after a crisis, something awful always comes along to knock me down again.”

This was a belief running his life. It was buried deep somewhere in his unconscious and was holding him back from healing one hundred percent.

My work was to help him uncover and clear the belief – at its source. So, we proceeded to Step 2.

Step # 2: We are seeking an answer to the question: “What set this up?”

What might have happened in his past, going back to childhood, to set up a belief or recurring pattern of being “knocked down” when he got going and standing on his own two feet?

He proceeded to tap and talk about five set-backs that had occurred to him as an adult. One by one we “erased” the intensity of each incident or aspect of his bigger problem. In EFT we use the analogy of chopping the various branches off a tree until the tree itself can be uprooted.

Going even further back into his childhood, we hit the memory that had set it up.

It was connected to his older brother who had bullied him all his life. This was a harrowing story of continual emotional abuse and physical bullying which David had suffered stoically throughout his childhood.

Even as adults, his brother had continued to belittle and bully him, hounding him out of a lucrative business partnership and even trying to kill him when he discovered he was bi-sexual.

David’s big break-free-aha went back even earlier to when he was about 18 months old.

“I was just learning to walk. As I got up on my feet and took some baby steps forward, my brother came at me with his fist and slammed it into my stomach. I fell down, winded, in agony, crying.”

Tears flowed as he released this memory, tapping with EFT. By the end of his session, which lasted under an hour, he had released a life-time of anguish, beginning with that key episode as a toddler. He now felt empowered to take his life back from the past.

Because I was going away for a few weeks I encouraged David to continue to do daily tapping and to return for another session when I got back. As I said good-bye to him that memorable day, I had no idea of the miracle that had transpired and how it would transform his brain and his life from that time on.

David described it as follows in a written testimony for me:

“After that single session the results were dramatic to the point of miraculous. I was immediately, from the very next day, able to wake up, go through a normal ‘get ready for work’ routine, and be out of my flat within two hours and do a day’s work. This was compared with my previous record of sometimes taking 5 or 6 hours to get going as I repeated the same function, like brushing my teeth, over and over again.”

Within a few weeks David had reorganised his home-office; completed more than seven years of outstanding tax returns; bought a new car; acquired new clients for business consulting and by the end of the year had tripled his income.

Feel moved by this story?

It’s one of the thousands of “miraculous” stories we EFT Practitioners and Coaches encounter in our work with Emotional Freedom Techniques and I urge you to include it as a useful therapy in your toolbox to help yourself, your family and your clients.

Reach out to me if you want more information or help with YOUR issues and I will happily do my best to help. We can meet on Zoom for 30 minutes – book your time HERE ON CALENDLY.