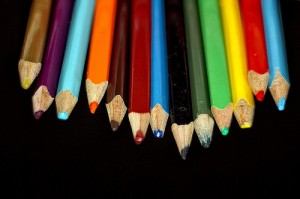 Every time I use Picture Tapping with EFT-Matrix Reimprinting I get a thrill because of how artfully and creatively it works to get resolution on a troubling complex issue in minutes.

I’ve even use it with success with clients on Skype.

What is Picture Tapping Technique (PTT)?

Think art therapy meets EFT tapping in a single session that accesses the deepest recesses of the mind and imagination where metaphor resides!  Yes this is a powerful combination because you are inviting a picture from the depths of your unconscious…related to an issue.

As you choose a color and put it on the page, an image results.  No matter how primitive – a black dot in a circle…a few stick figures… something begins to heal deep inside.  And continues to heal in a painless and indirect way as you tap a series of four or five more pictures until resolution.

It resolves the issue during the process of out-picturing it on paper with colored pens and tapping on the words “this is my picture and in this picture I have drawn…[describing the colors and marks on the page even if only a black dot and scribbles]. Followed by a round of tapping…and so on…

How do you use Picture Tapping with EFT-Matrix Reimprinting?

I have applied it in two ways:

An example of (1) happened when I used it with a new client (who I will call Mary) who came to me aged 64 wanting to leave her desk bound job and do something more creative and fulfilling in her life. She felt stuck about what and how to go forward with this discontent.

The session began with reviewing her life to date and when I noticed tears came to her eyes and she got all emotional about an incident 15 years previously which involved her husband – we began with some EFT-Matrix Reimprinting until she felt more peaceful and resolved about that specific incident.  The only clue here was her husband and intuitively I realised she needed permission to admit needing to move on not only from her job – but from her marriage.

Time for picture tapping with EFT-Matrix Reimprinting. I moved us from sitting opposite each other to a table where I had laid out some white paper and colored pens.

I invited her to take a white sheet and she began by saying “I can’t draw”. That’s the time to assure your client that even a black dot or squiggles are all that is required…the unconscious knows what she is aiming to express.

So she began with blue squiggles across the page. She gave it a title: All over the place.

I invited her to tap as follows: Tapping on the karate point, she repeated three times:

We turned the picture over and took another white page and she picked up a colored pen – this time pink and drew a heart. She titled it: “Heart’s in the right place”. Starting with the karate point, she tapped, saying:

She continued to look at/tune into the heart and do a round of tapping.

Time for picture 3. This time she chose a red pen and drew a tree. As she proceeded with picture tapping on the tree she said the color signified for her taking some kind of action and feeling safe to do that.

By picture 5 she had written on her paper the ideal feelings she wanted instead of her confusion:

Again we tapped on that. [Note I could also have done Matrix Reimprinting by flooding her mind, heart and body with images from this picture and sending them into the Matrix]

She said she felt lighter and happier and on a scale of 1 to 10 her issue had moved considerably from “feeling all over the place”.

I told her that by reaching for the yellow color she had definitely made shift or breakthrough and we then spent the next hour doing some of the exercises to explore her possibilities of reaching this new FREEDOM. Specific exercises that I use in my work with Matrix Goals Reimprinting.

Let the ECHO do Picture Tapping

And example of (2) is when you invite the  ECHO (Energy Consciousness Hologram) to choose colored pens and draw!

This happened in a session when I used  Picture Tapping with EFT-Matrix Reimprinting  on Skype, I also introduced a second “advanced Matrix tool” called the Light Matrix. And it was here that I invited my client’s younger self to reach for colored pens and crayons and draw some pictures interspersed with tapping.

The Light Matrix is an advanced tool or application which I learned from Matrix Practitioners Sasha Allenby and Sharon King.

It involves going to a place of high consciousness and light where anything is possible and understandings come from the perspective of the soul. It’s where you meet your soul group, evolved spiritual beings, angels, your Higher Self – where unconditional love and inspiration flows unimpeded.

My own examples of Picture Tapping Technique

Here is an example of my own efforts with Picture Tapping Technique…each picture is given a title once complete. 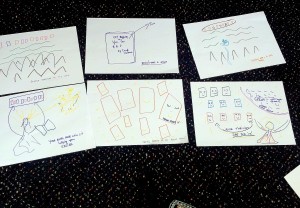 To sum up, by joining together the power of meridian tapping with artistic metaphor, a new and gentle healing process results.

It was developed by Philip Davis and Christine Sutton of PhoenixEFT. I attended their one-day Picture Tapping event  held at the EFT Gathering in May 2o12.

And having found it profound for myself, I wanted to use it with my clients as soon as possible. 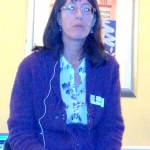 Fiona Truman had previously introduced me to Picture Tapping at the Matrix Reimprinting gathering with Karl Dawson in December 2011. I had a big shift on an issue in just a one hour group session.  I was smitten. Because I love writing, painting, playing with color and creating mandalas the idea of combining EFT tapping with the chance to choose from a box of brightly colored felt tip pens or crayons and put feelings on paper.

I have used picture tapping on several occasions to leap ahead with my own goals. I shifted once in a single one session with one of my goals where I was stuck and had been stuck for several months.  I used the positive pictures I created then on my Golden Goals Vision Board to spur me on and remind me of the wonderful outcome I was shown in the final, fifth resolution picture.